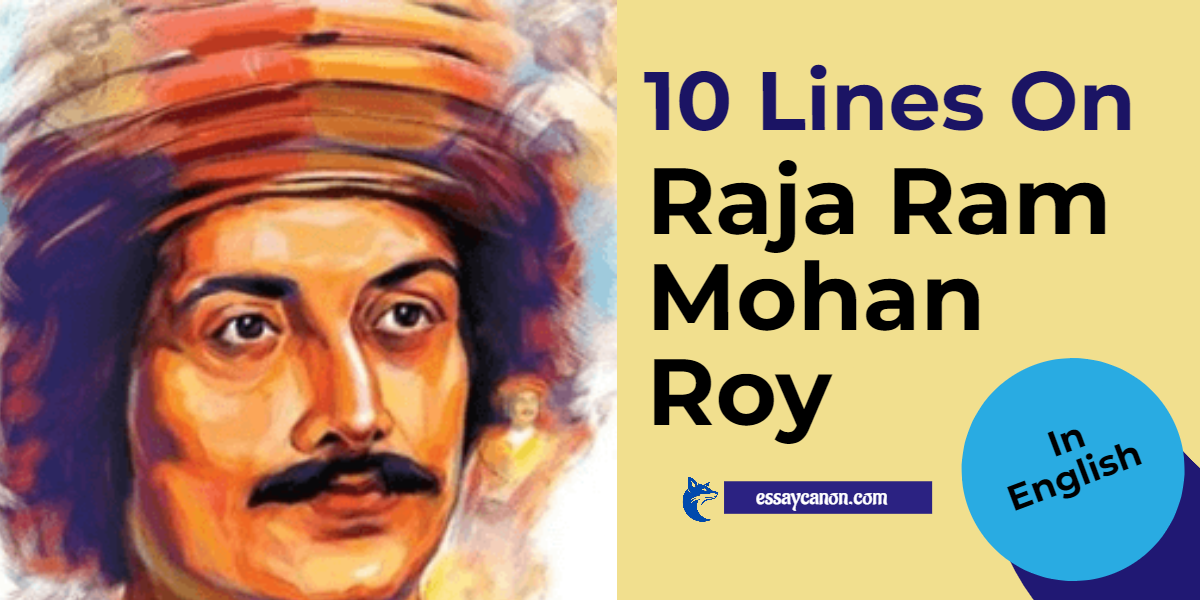 Check 10 lines on raja ram mohan roy in English for Class 1, 2, 3, 4, 5, 6, 7, 8, 9, 10. Raja Ram Mohan Roy is considered the “Father of the Indian Renaissance”. He was born in Bengal in 1772, and was educated both in India and England. He was a key figure in the Bengal Renaissance, and argued strongly against social practices such as sati and child marriage.

He also campaigned for the right of women to inherit property, and for an end to caste discrimination. In 1828, he founded the Brahmo Sabha, which later became the Brahmo Samaj, a reformist religious movement.

He also wrote extensively on religious and social topics, and his work had a significant influence on subsequent generations of Indian thinkers. Raja Ram Mohan Roy died in 1833, but his legacy continues to be felt in India today.

Here are 10 lines on raja ram mohan roy in English.

Raja Ram Mohan Roy was one of the most important figures in the history of India. He is often referred to as the “Father of the Indian Renaissance” for his efforts in reforming Indian society. Roy was a key figure in the movement to abolish the practice of sati, or widow burning.

He also worked to promote education and religious tolerance in India. Roy’s work had a profound impact on Indian society and helped to usher in a new era of reform. He is remembered as one of the most influential voices of his time. Roy’s legacy continues to inspire people around the world who are working for social change.

Raja Ram Mohan Roy is an essential figure in Indian history and his life story is an inspiration to us all. We owe a great debt to him for his tireless work in reforming Indian society and making it a better place for all.

Raja Ram Mohan Roy will always be remembered as one of the most important figures in Indian history and an inspiration to us all.