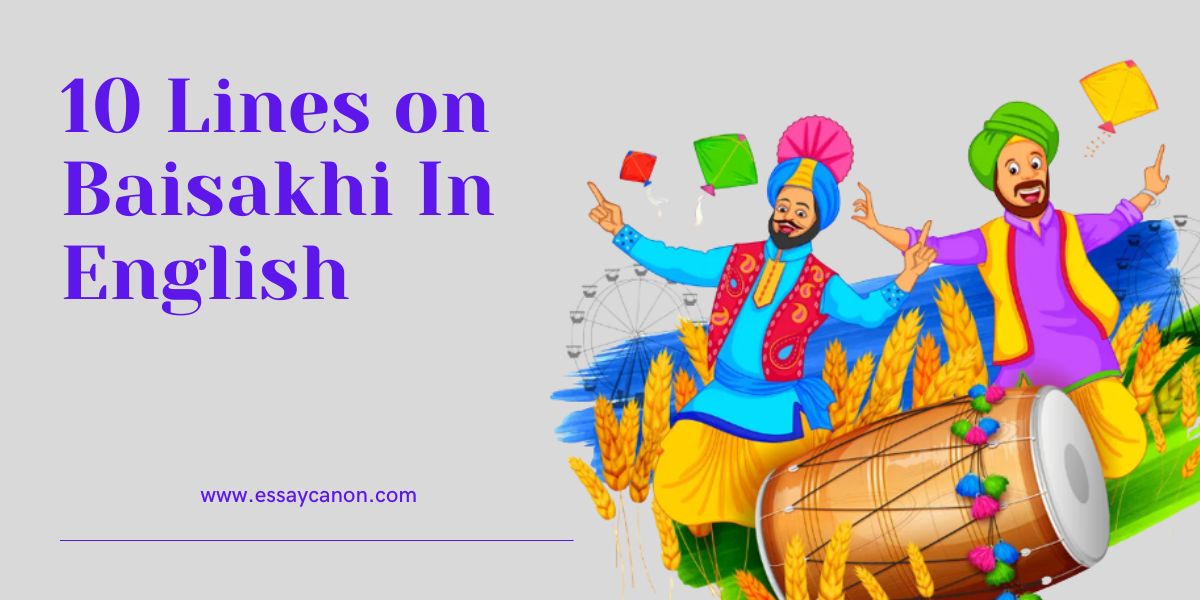 Baisakhi is an important festival for the Sikh community as it marks the beginning of the Sikh New Year. Baisakhi also commemorates the founding of the Khalsa Panth by Guru Gobind Singh in 1699.

For Sikhs, Baisakhi is a time to celebrate their religious and cultural heritage. The Baisakhi festival also has great significance for farmers as it marks the end of the harvest season.

Farmers give thanks to God for a successful harvest and pray for a prosperous year ahead.

10 lines on baisakhi in english

Essay on Baisakhi in English

Baisakhi is one of the most important festivals in the Sikh calendar. It marks the start of the new year and the beginning of the harvest season. Baisakhi is also a time for Sikhs to remember their heritage and celebrate their culture.

On Baisakhi, Sikhs all over the world come together to pray and give thanks. They also exchange gifts and participate in special Baisakhi celebrations.

In Punjab, India, the Baisakhi festival is a very big event. People dress up in traditional clothes and participate in a procession called the Nagar Kirtan.

The procession goes through the streets, singing religious songs and carrying flags.After the procession, there is a big feast called Langar. Everyone sits together on the floor and enjoys a meal of vegetarian food.

This is followed by more singing and dancing. The Baisakhi festival is a time for joy and happiness. It is a time to remember our past and to look forward to the future with hope.